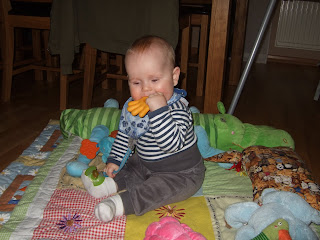 Gizmodo
What If's Marvel Multiverse Was Already Forming Before Loki and Doctor Strange 2
Because Disney+ and Marvel’s What If is an anthology series, each of its self-contained episodes can be appreciated as individual stories set within the MCU’s expanding multiverse. As a whole, though, What If is establishing just how important th...
more than 27 minutes ago

A Cup of Jo
Have You Ever Had a Staring Contest?
Last night, I came across photos of Alex and me hosting our first staring contest back in 2009, and I could not stop laughing. The rules are simple: you have to look into other people’s eyes without smiling or laughing.… Read more The...
more than 3 hours ago

more than 1 day ago

IKEA Hackers
IKEA FALSTER garden set gets a facelift
As you can see in the before picture, the faded brown was not looking good. I was debating on what to do as the IKEA FALSTER garden set is still in good shape on its own. I thought of painting it to see how it will look and I love the final look. IKE...
more than 2 days ago

smitten kitchen
deviled eggs
I will never find it again [Update: It’s been found!], but a few weeks ago a TikTok* went through my feed in which a woman is invited to eat half a dozen eggs and she says “Oh no, that’s too much.” “But what if ...
a long time ago